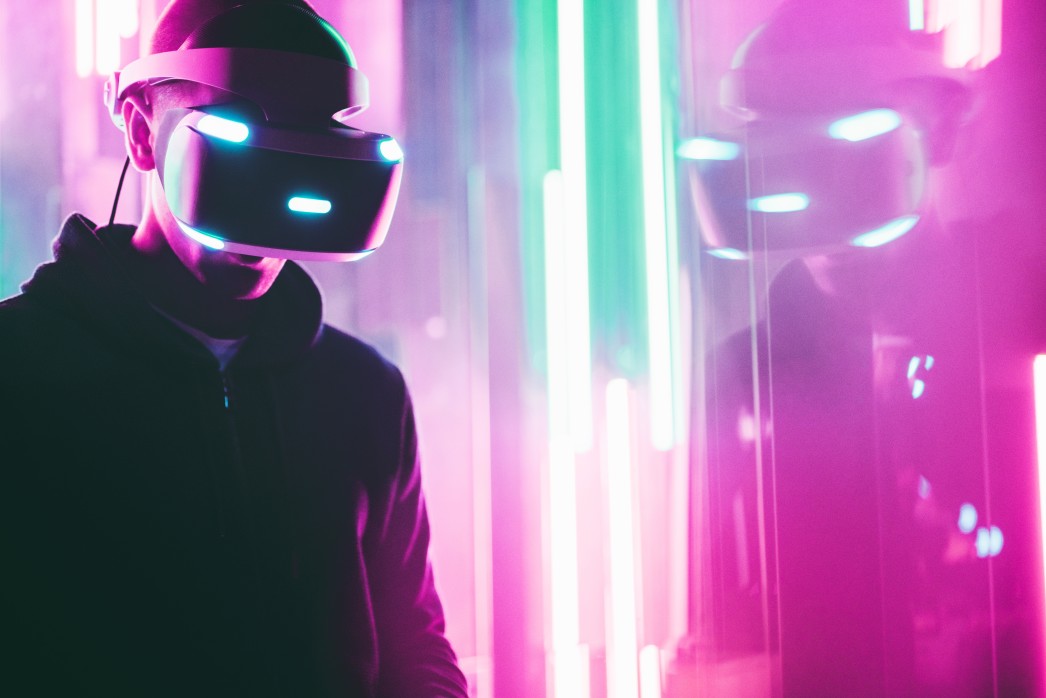 Virtual reality is the quiet storm that has already begun shaping the future of business networking on a global scale. This is the premise upon which Roberto DaCosta has built his new company, CONINVR, or Connections in Virtual Reality. In addition to hosting free business networking events three times per week in AltSpace, CONINVR is also poised to become the world’s first large scale business event producer in virtual reality. In the digital space, CONINVR paves the way for a more egalitarian entrepreneurial paradigm that welcomes businesses of all sizes into the global arena. With a confident clairvoyance for virtual reality’s imminent rise, DaCosta believes that VR technology will shatter the ceiling of success for businesses everywhere by breaking down the physical and financial barriers that once stood in their way. Considering the untapped potential of this technology, CONINVR hovers on the cusp of extraordinary as a developing company. Until then, DaCosta invites entrepreneurs and creatives to join him in his free VR business networking community. Virtual Reality is the cutting edge of business networking, he believes, and this is why.

During the global pandemic of 2020, businesses all over the world saw a radical shift in their relationships with technology, and more specifically with video conferencing platforms. This unprecedented reliance on digital communication has arguably hastened the gestation period of virtual reality tech, as users naturally crave a more personal interface for doing business. For example, Spatial, (a workspace innovator in VR and AR) reported a 1000% increase in user interest in 2020, while ARtillery (the knowledge authority of AR and VR) forecasts virtual reality usage within businesses is to grow from $829 million in 2018 to $4.26 billion in 2023.

These statistics indicate a growing interest in virtual communication platforms for leisure and business alike, and especially in virtual reality. Unlike video conferencing platforms, VR allows users to have a more physical presence while immersing themselves, distraction free, into networking events and meetings. Moreover, CONINVR’s business networking events are free and open to everyone. This welcoming culture allows interested individuals to simply “walk-in” and make natural connections without needing an invitation, zoom link, or having to pay membership fees.

VR is cost effective and time-efficient

Perhaps the most attractive aspect of Virtual Reality Networking is that it combines the convenience of video conferencing with the physical engagement we feel with in-person meetings.

With just a headset and an internet connection, entrepreneurs can connect with likeminded people from around the world in an immersive setting that combines the speed and reach of social media platforms with the physical energy of meeting face- to-face. In this case, avatar to avatar.

And this is only the beginning. As virtual reality platforms such as Altspace and Horizon continue to enhance their user experience, VR networking becomes a viable alternative to in-person meetings. Virtual reality also allows business people to convene at their leisure, thereby creating a forum for meetings that might otherwise be physically or financially impossible.

This makes virtual reality networking an appealing supplement to busy schedules, and one that drastically reduces the upfront cost of physical networking. By attending international networking events from the comfort of their own homes or offices, entrepreneurs can drastically reduce travel expenses and commute time, thereby allowing them to reallocate precious resources. For larger companies, decision makers can opt to host virtual gatherings when they wish to include more team members or conserve resources overall.

By stepping into Virtual Reality, any business owner can instantly gain international exposure depending upon who else decided to enter the platform that day. As the economy becomes more and more global, virtual reality holds the promising potential to level the playing field and afford smaller businesses access to the global markets formerly dominated by billion dollar businesses.

The trend of home-based businesses and remote work is also growing rapidly. According to the Small Business Administration, there are approximately 30.2 million small businesses in the USA. Fifteen million of which, (almost 50%) are home-based.

Virtual Reality networking can be particularly helpful for such businesses by connecting them to virtual events. Which, in turn, connects them to collaborators, work opportunities, ideas, and buyers. Moreover, small businesses owners can use VR networking to scout and assemble remote teams to tackle projects more efficiently. Regardless of location, team members can work together in an immersive, collaborative environment.

Virtual Reality also holds exciting implications for eCommerce with nasient technology that will eventually allow merchants to share their products in immersive virtual stores. Sites like Obsess have already developed a beautiful VR shopping interface for websites in 2D. So it’s safe to say that soon, Virtual Reality will take the concept of home shopping to a whole new level.

When businesses are limited to their local communities, it can be difficult to attract and retain the best talent, particularly in competitive marketplaces. By networking in Virtual reality, business owners can easily broaden their search for collaborators and employees. Similarly, it offers talented people opportunities to organically introduce themselves to potential employers.

VR is also a promising tool for the interviewing process itself. For example, a sales candidate could be placed in an immersive situation to demonstrate how they would deal with a difficult customer, and then receive real time feedback. Finally, business owners can virtually meet potential employees or partners to give them a better feel for their potential role before they apply online.

Finally, the Covid19 pandemic has exponentially increased health awareness worldwide, which has undeniably changed the way we connect. And while social distancing serves as a necessary protection, it also creates a feeling of isolation from our business communities. Now more than ever, business people appreciate the power of a genuine handshake. But until the danger of physical contact subsides, virtual reality contact is our closest proxy. Even more importantly, virtual reality networking offers participants the unique opportunity to expand their reach in a time of social restrictions. Instead of relying on phone calls and video conferences that limit participants, savvy business leaders will also take advantage of VR Networking to forge new relationships and unlock unexpected opportunities.